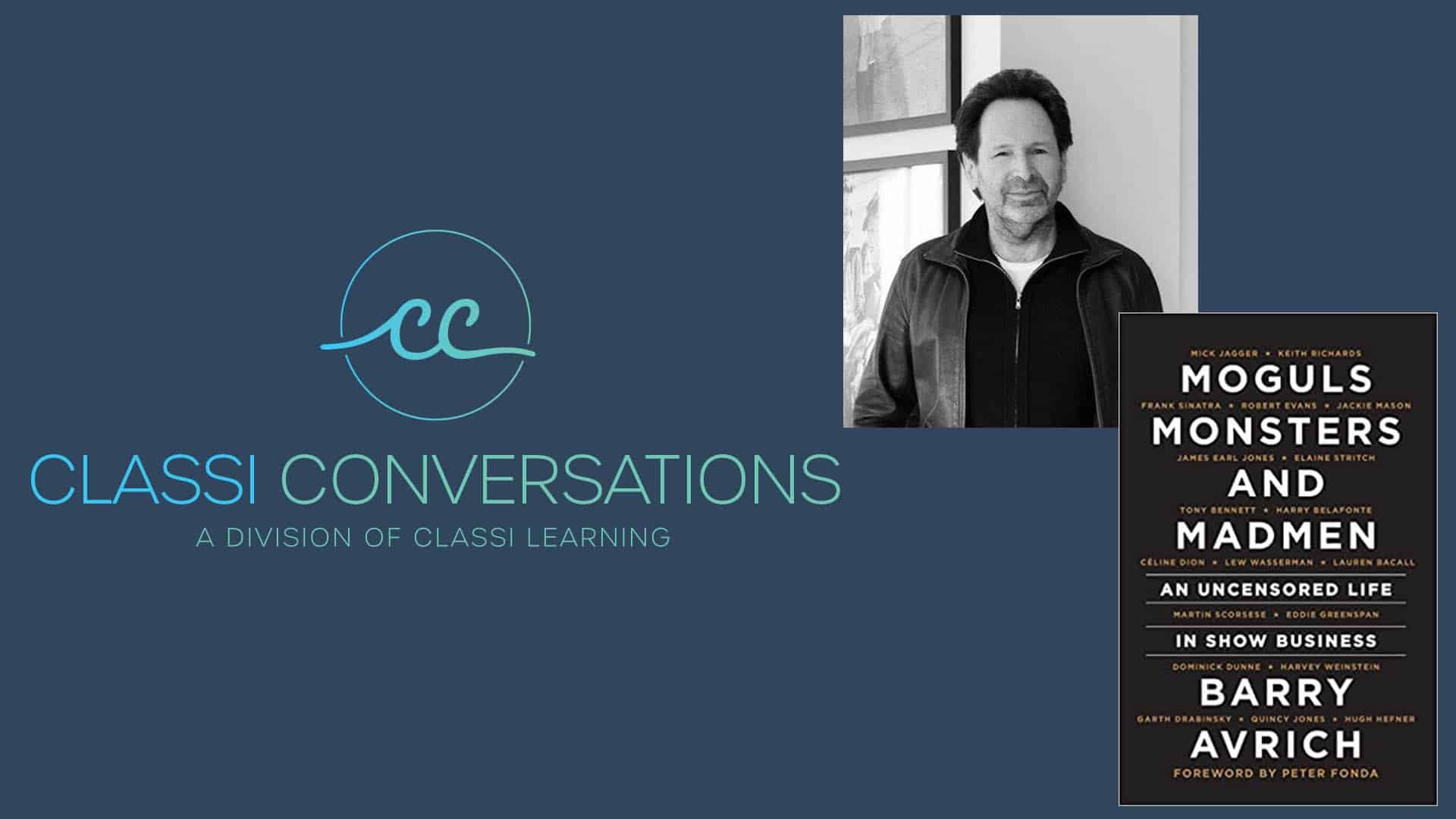 Barry Avrich is an amazing producer of award winning docu-films!

His career has spanned film directing film producing – he is an author, marketing executive, and arts philanthropist. He has produced literally countless films  about some of the most controversial & popular icons in recent history. The Last Mogul (Lew Wasserman), Jackie Mason, Garth Drabinsky, Harvey Weinstein, and a very moving story ‘Prosecuting Evil’ about Ben Ferencz – the last surviving Nuremberg Trials prosecutor.

Besides films, Avrich has authored three books and one play as well as supporting many leading cultural institutions including The Toronto International Film Festival and the Stratford Festival of Canada. Avrich was responsible for creating the world’s first state of the art movie theatre in a children’s hospital at the Hospital for Sick Children in Toronto, Ontario. Avrich won the Ernst & Young Entrepreneur of the Year Award in 2008. In 2016, Avrich published his memoir, “Moguls, Monsters and Madmen.”

REGISTER & be entered in draw  for Free copy of his Book

Jan. 15: Ron Chapman-A Behind the Scenes look at the inspiration, research, and collaboration of film production.