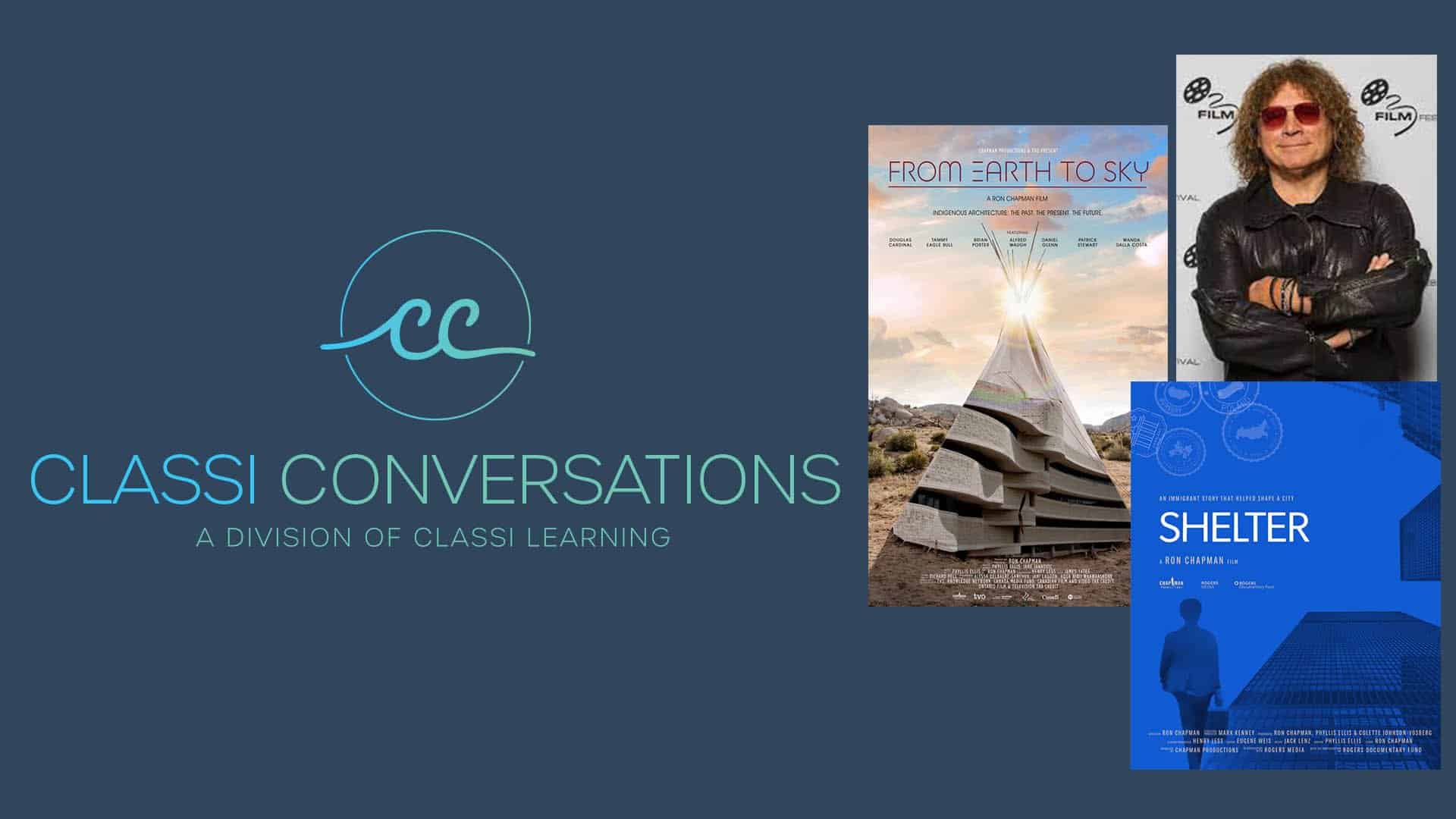 A Behind the Scenes look at an amazing Film Maker!

Ron Chapman’s films: “Revival69” opened to rave reviews! 2 other films “Shelter” and “From Earth to Sky“are passsionate and moving

“Revival69” captures the beautiful madness of a 1969 Toronto fantastic Rock concert where Alice Cooper took off  & John Lennon left the Beatles for good!

“Shelter” is the inspirational story of how brave immigrants in the 50’s & 60’s change the city’s landscape by going into the “Building Business”. Land develpoment, housing, homes, apartments- they created housing and help shape a growing city by making it a refuge for all newcomers to Toronto.

“From Earth to Sky” explores the work of accomplished Indigenous architects, including world-renowned Anishinaabe architect Douglas Cardinal. They  are creating extraordinary, sustainable structures across North America, transforming the environment and the world of architecture.

Director and producer Ron Chapman is an award-winning Toronto filmmaker. His feature documentaries have garnered acclaim worldwide and have aired on major networks and platforms.

Register NOW to watch the films in advance!