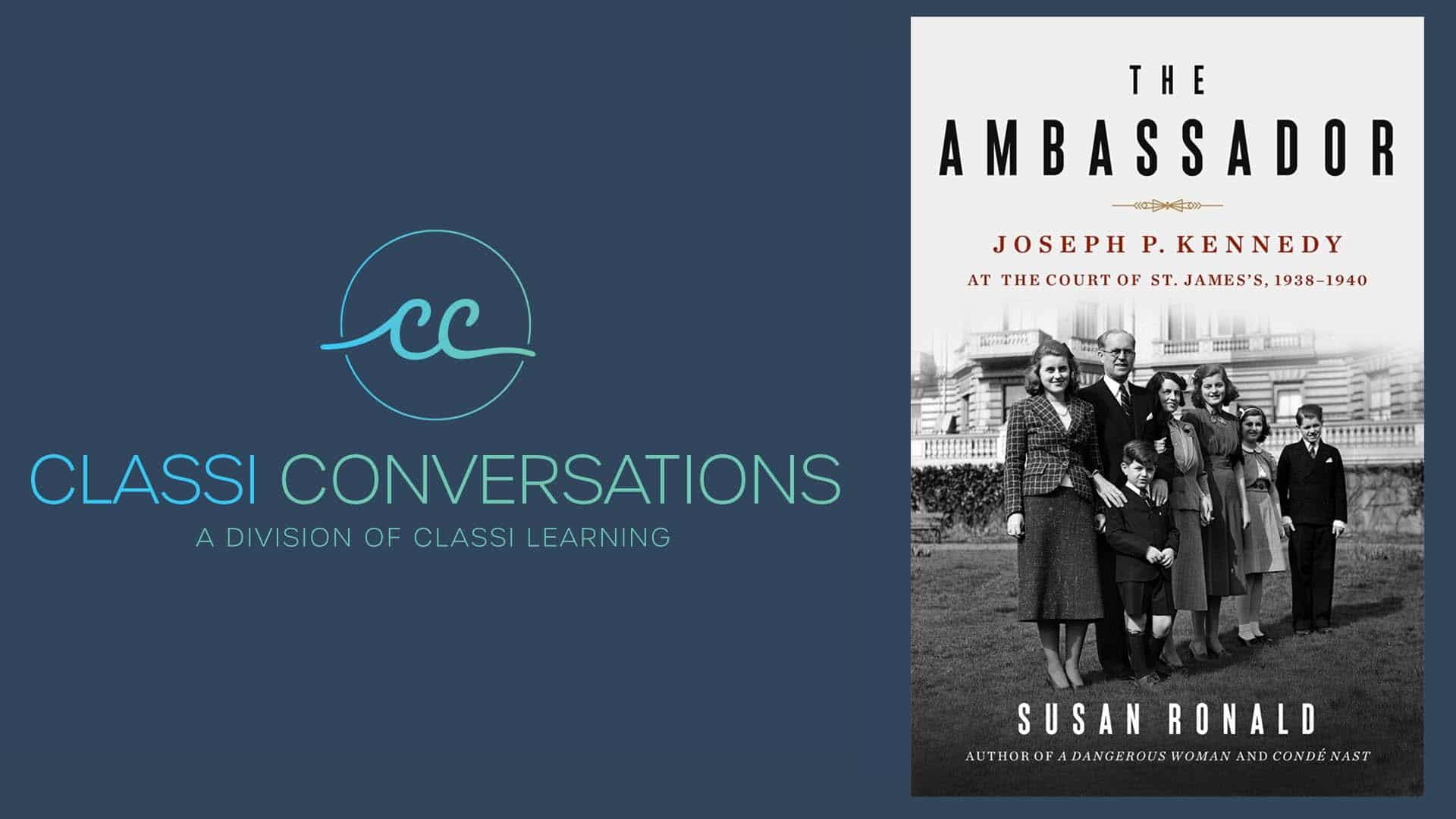 Susan Ronald, author of The Ambassador, talks to Helen Fry

Through meticulous research and many newly available sources, Ronald confirms in impressive detail what has long been believed by many: that Kennedy was a Fascist sympathizer and an anti-Semite whose only loyalty was to his family’s advancement.

“Ronald’s lucid narrative… not only examines United States resources, but also enhances the story by reviewing a multitude of British documents that few have included, resolving any ambiguities [and] leaving the reader with the inescapable conclusion that The Ambassador was a Nazi and fascist appeaser as well as a blatant anti-Semite.” — Irwin F. Gellman, Pulitzer Prize-nominated author of Secret Affairs