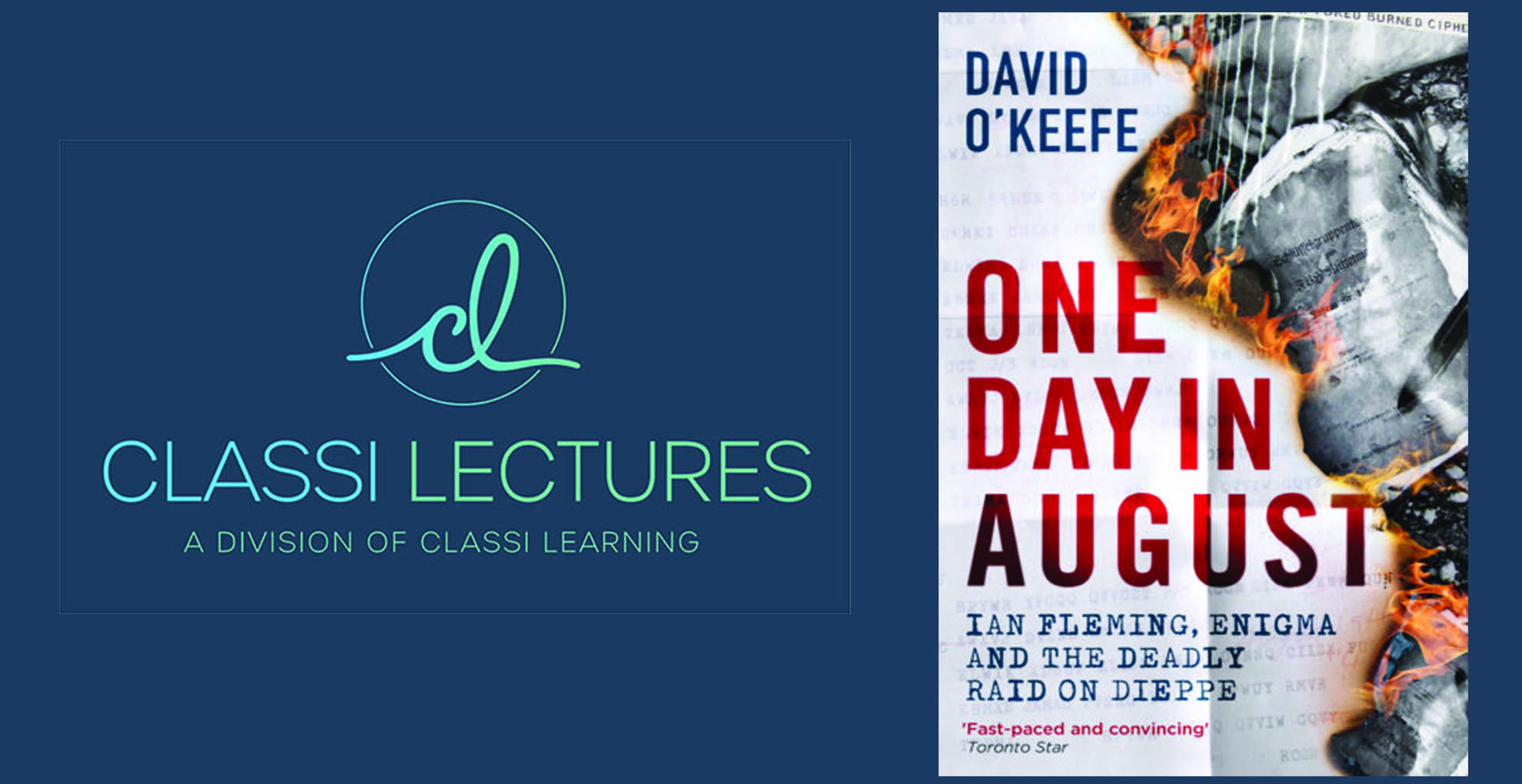 The groundbreaking, thrilling, ultra-secret story behind one of WWII’s most enduring mysteries, which fundamentally changes our understanding of this sorrowful event in Canada’s past.

The Dieppe Raid in 1942 — the darkest day in Canadian military history — has been one of the most perplexing mysteries of WWII.
Is it true almost 4,000 Canadian amphibious troops stormed the small French port town, only to be ambushed by the waiting Germans, slaughtered, wounded or captured?
This catastrophe has been a 7 decades-long mystery.
O’Keefe’s detective-like research reveals that it was a vitally secret raid, organized by British Naval Intelligence and the Joint Intelligence Committee. The mission: under cover of a raid to secretly steal the German code books that would unlock the Enigma cipher machine.

“Classi Lectures provides a wonderful range of virtual talks and events on all periods and aspects of history. As a published historian specialising in the period after 1945, I cannot recommend them highly enough to anyone interested in the subject.” Trevor Barnes, Author