Five Roles for a Verdi Tenor with Iain Scott 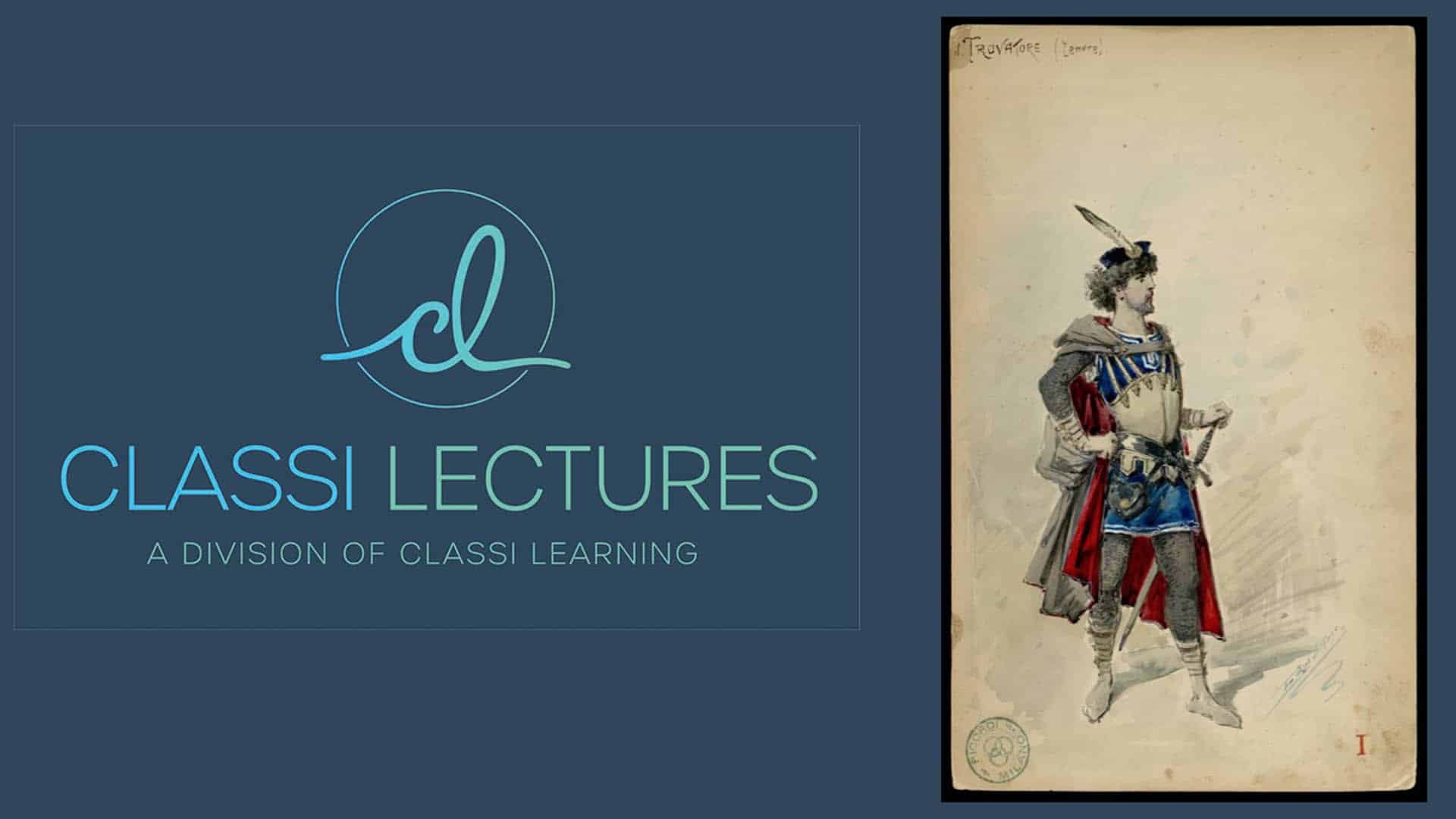 Iain Scott returns with a series of five lectures on Verdi Tenors!

From his three great mid-career hits on (Rigoletto, La Traviata and Il Trovatore) the tenor voice became more and more prominent in Verdi’s works. We will focus on five of his 24 operas that create and showcase the new “Lirico-spinto” form of tenor voice and culminate in the new “robusto” form by the end of the 19th century.

First in the series:
Manrico in “Il Trovatore” – Brought up by a gypsy mother, and hounded by the vengeful Count de Luna, he does not realise that he is the count’s long-lost brother.