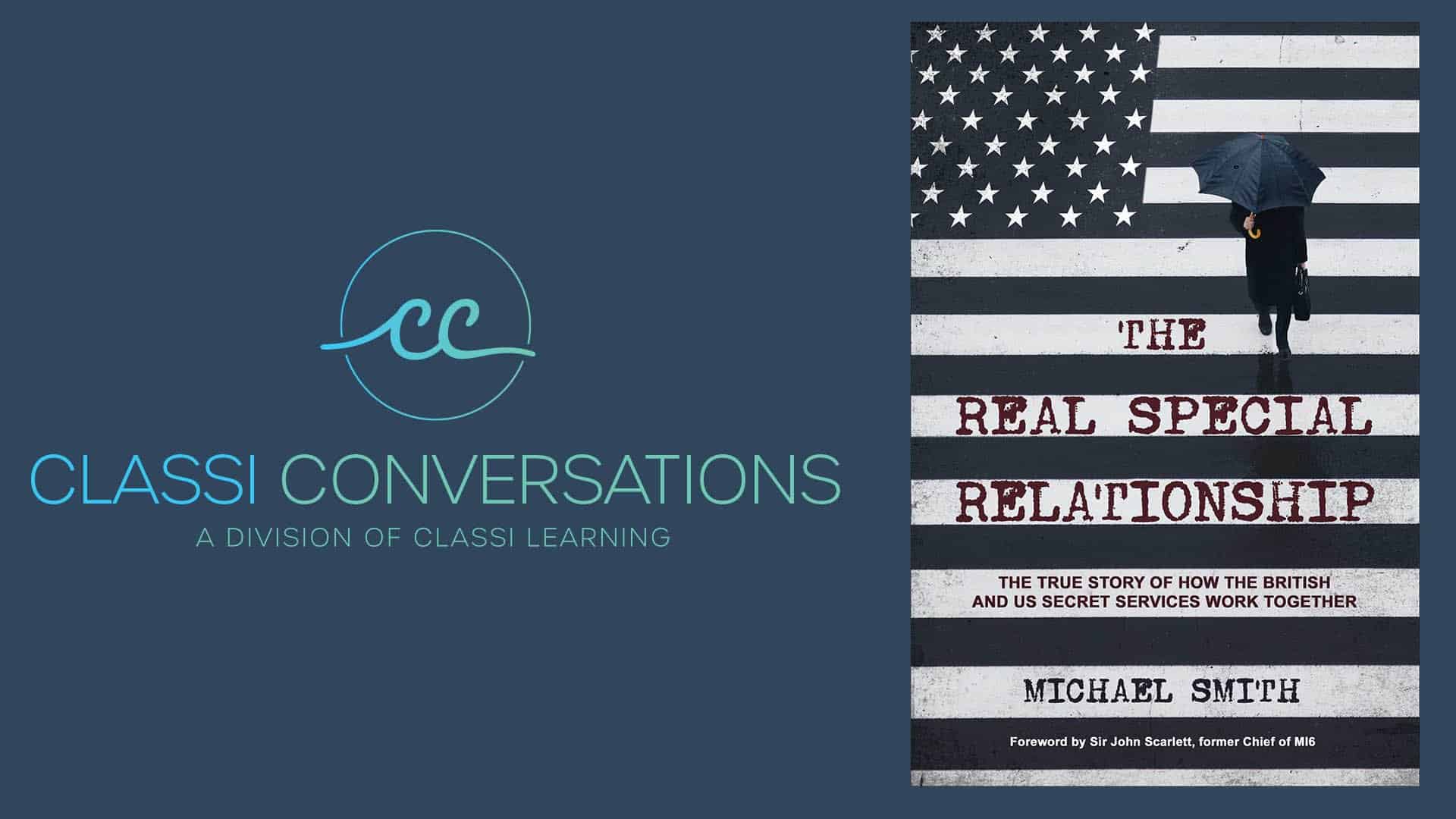 They will discuss The Real Special Relationship: The True Story of How the British and US Secret Services Work Together
In The Real Special Relationship, Michael Smith reveals how it all began, when a top-secret visit by four American codebreakers to Bletchley Park in February 1941 – 10 months before the US entered the Second World War – marked the start of a close collaboration between the two nations that endures to this day… right up to the recent Russian invasion of Ukraine.

Michael Smith, the bestselling author of Station X and having himself served in British military intelligence, brings together a fascinating range of characters, from Winston Churchill and Ian Fleming to Kim Philby and Edward Snowden, who have helped shape the security of our two nations. Supported by in-depth interviews and an excellent range of personal contacts, he takes the reader into the mysterious workings of MI6, the CIA and all those who work to keep us safe.