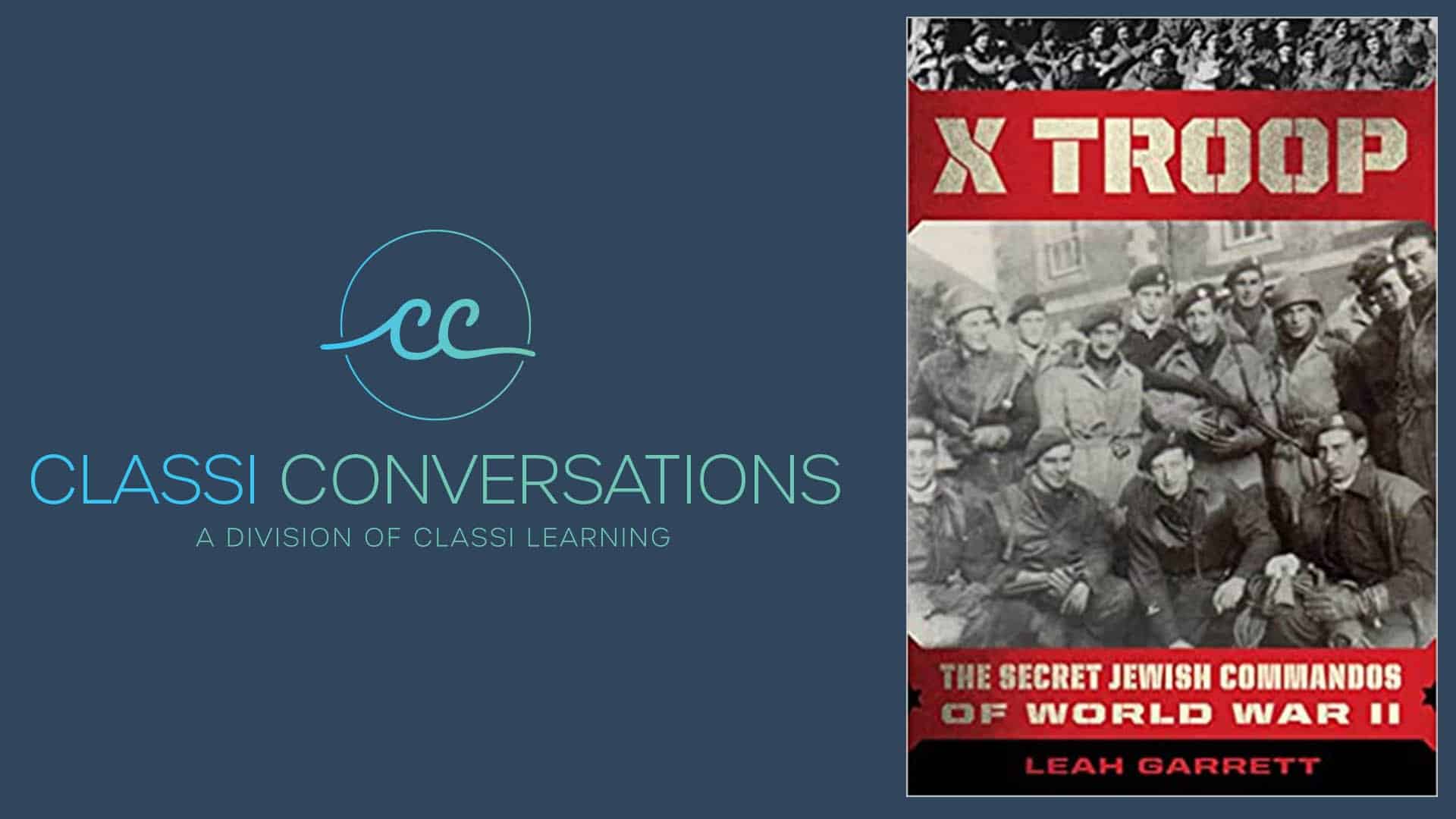 The incredible World War II saga of the German-Jewish commandos who fought in Britain’s most secretive special-forces unit—but whose story has gone untold until now.

Series “Helen Fry in Conversation” with:

Leah Garrett is Professor and Director of Jewish Studies at Hunter College, City University of New York. She has published five books in Jewish studies and won and was shortlisted for numerous literary prizes. Her new book, X Troop: The Secret Jewish Commandos of World War Two, has been featured on CNN, Time Magazine, The Guardian, C-SPAN and a range of other venues. The Daily Telegraph called it “a thrilling story, well-told,” while the Times of London labelled it as “gripping,” and The Jerusalem Report called it “stunning…an incredible moving story of Jewish heroism.” X Troop is being translated into Hebrew, Polish and Russian.
To learn more, please visit www.leahgarrett.org