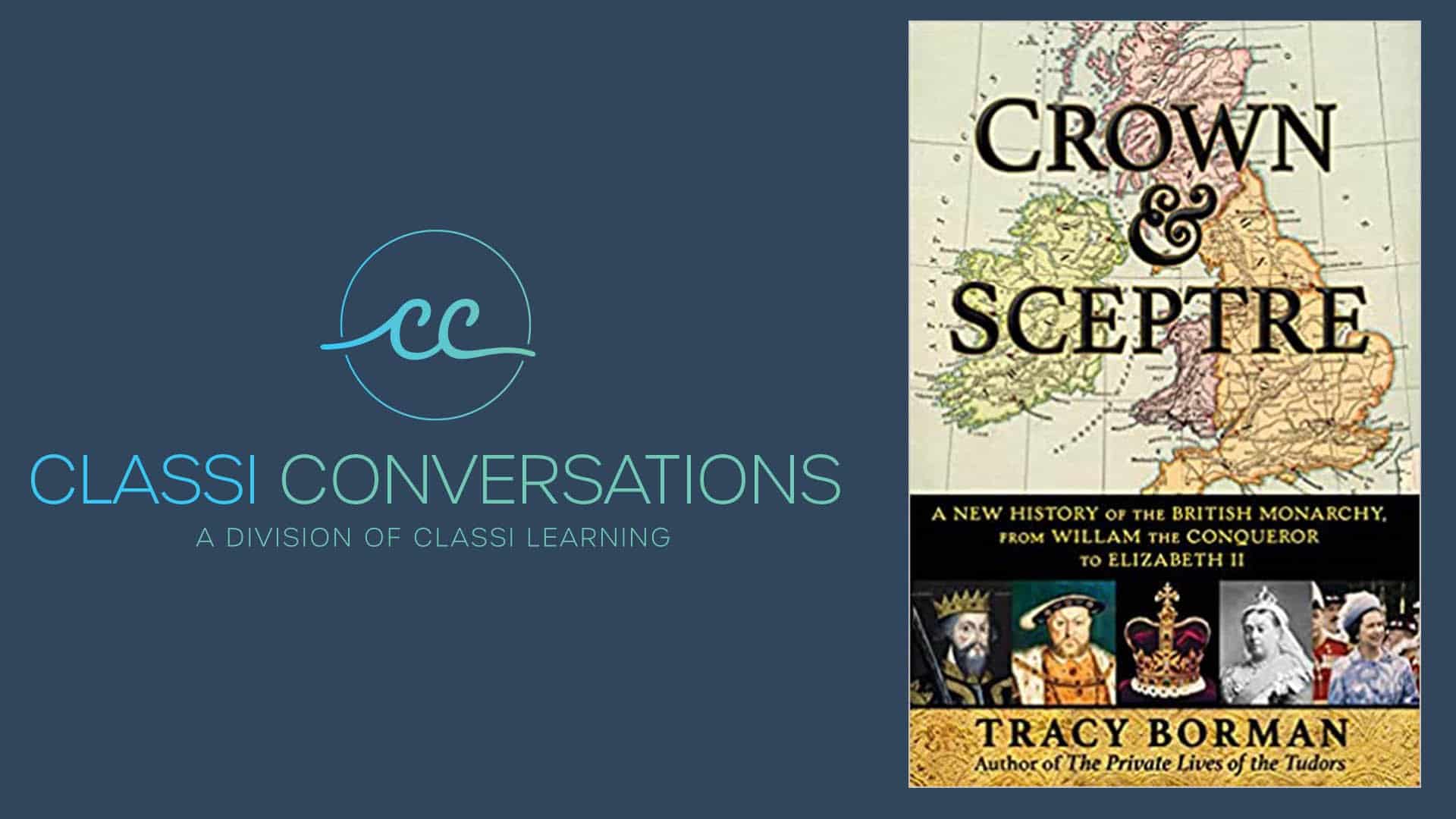 on her new book “Crown & Sceptre”

Appealing to the intrinsic fascination with British royalty, Borman lifts the veil to reveal the remarkable characters and personalities who have ruled Britain. Since the Glorious Revolution of 1688, the Monarchy has been more ceremonial―a crucial distinction explaining the staying power as the royal family has evolved and adapted, avoiding the storms of rebellion that brought many of Europe’s royals to an abrupt end.