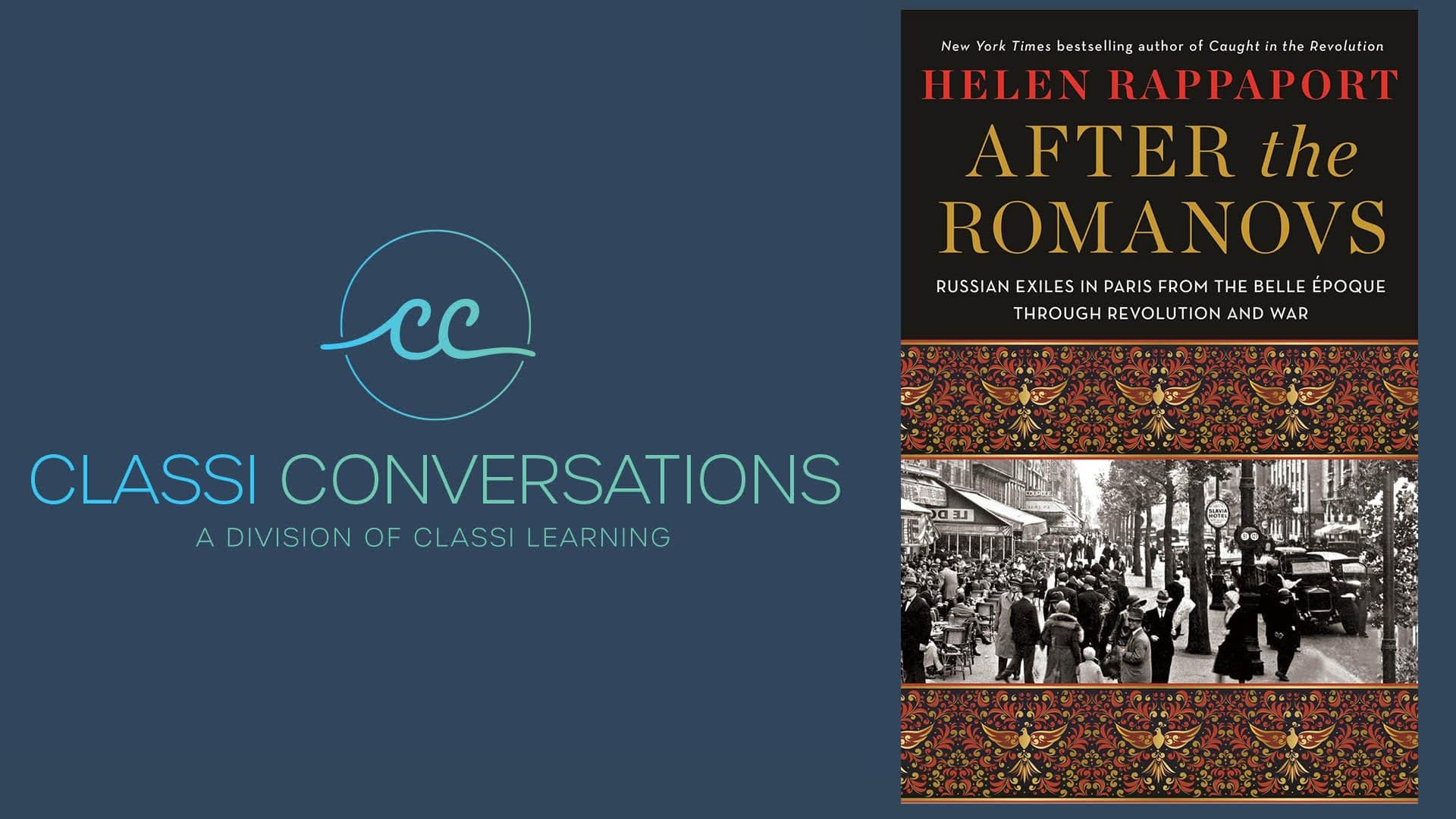 from artistic exiles in the days of the Belle Époque to the mass exodus of political refugees after the revolution of 1917… different country but eerily similar to today!

Helen has written about an era where people fled for their lives because they feared the new leadership.. little did she know how like  today her book would be!

Some like Chagall and Stravinsky succeeded while others were trapped in menial jobs and homesick. Paris was also the place where political activists sought to overthrow the Bolshevik regime from afar, while double agents from both sides plotted espionage and assassination..

Dr. Helen Rappaport is an internationally and New York Times bestselling historian and author of 15 books specializing in the Victorian period and revolutionary Russia.

Helen recently filmed a two-part documentary The Romanovs for BBC 2. She is currently working on a documentary for Netflix

Her great passion is to winkle out lost stories from the footnotes and to breathe new life and perspectives into old subjects.