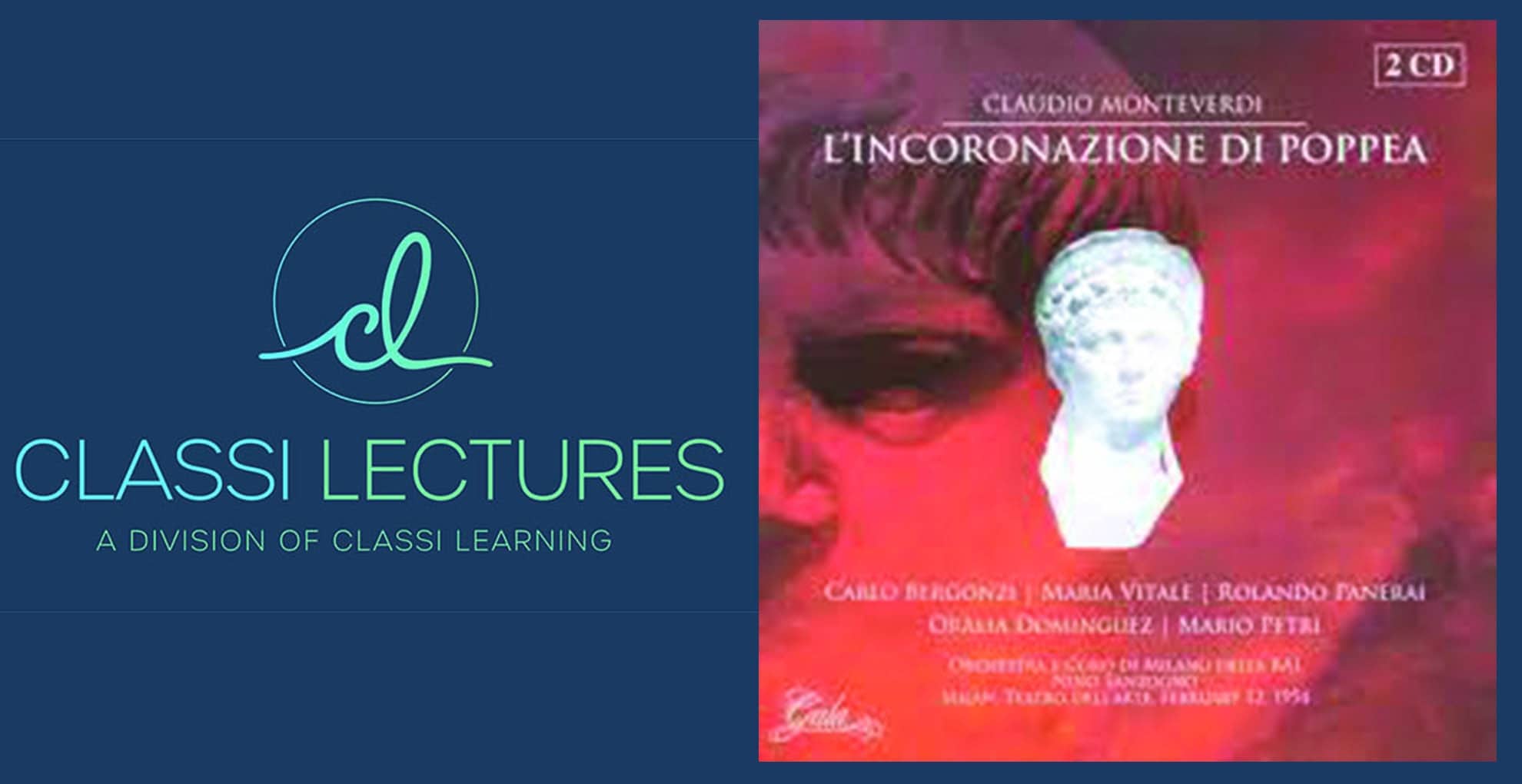 Join Iain on a three-week exploration of operas and history set in Rome!

In Week 1, we will look at the many operas set in ANCIENT ROME, featuring the works of Berlioz, Britten, Mozart, Handel, Monteverdi and Barber.

In this lecture, we will revisit the foundation myths of Rome (with the Trojan hero Aeneas forging the alliances which created the first Roman people). We will then learn how the initial rule of the first seven Kings was broken by the crucial exile of Tarquin the Proud in 509 BCE. Then, in the lengthy Republican period (to 27 BCE), we will follow the fortunes of Lucius Sulla in his civil war against Gaius Marius and the subsequent civil wars between Pompey the Great and Julius Caesar. This section will end with the court intrigues at the end of the Julio-Claudian dynasty surrounding the Emperor Nero, and the tumultuous imperial succession of the new Flavian dynasty.