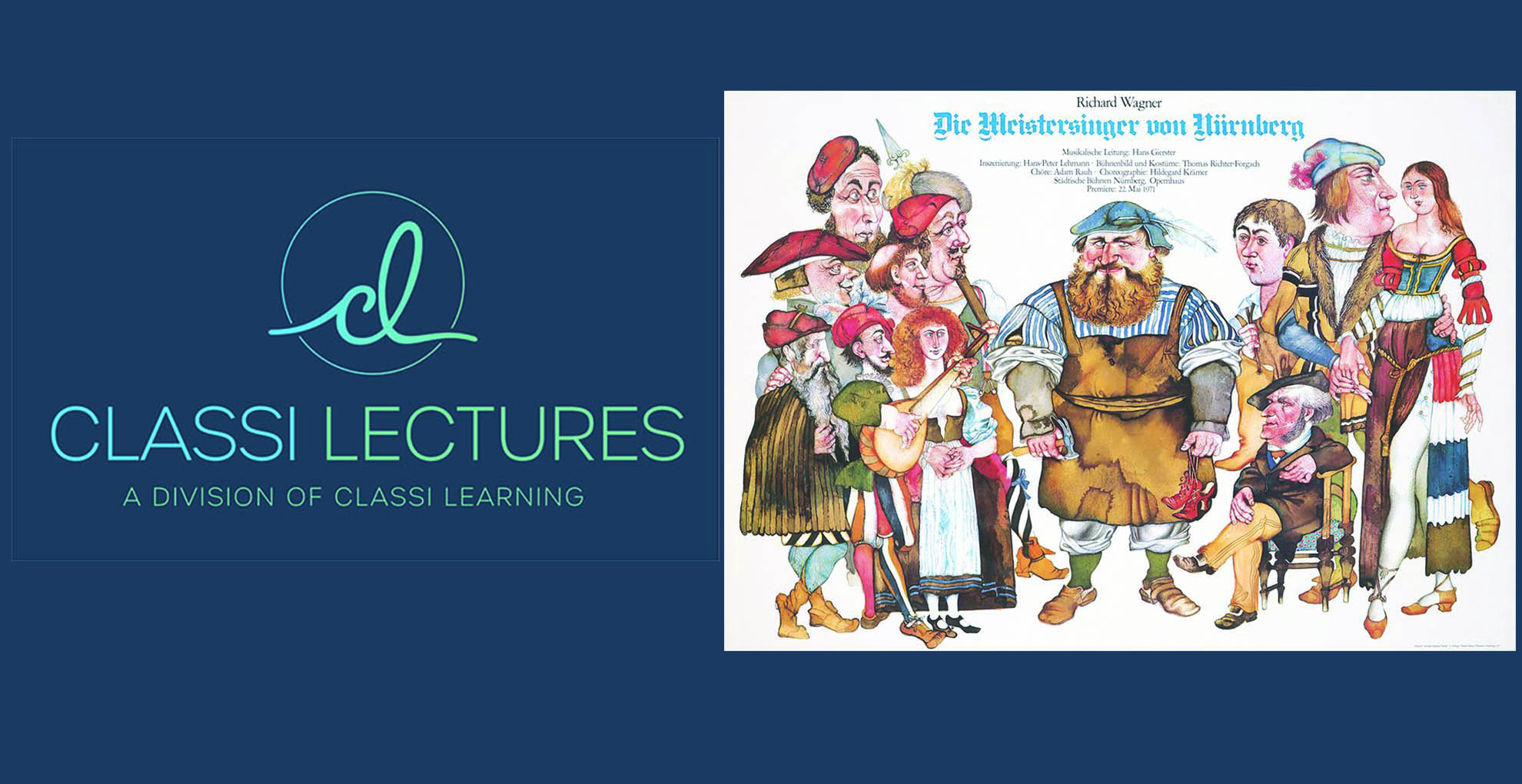 Die Meistersinger von Nürnberg (“The Master-Singers of Nuremberg”) is a music drama (or opera) in three acts, written and composed by Richard Wagner. It is among the longest operas commonly performed, usually taking around four and a half hours.

The story revolves around mid-16th century Nuremberg’s guild of Meistersinger (Master Singers), an association of amateur poets and musicians who were primarily master craftsmen of various trades. Die Meistersinger von Nürnberg occupies a unique place in Wagner’s oeuvre. It is the only comedy among his mature operas and is also unusual among his works in being set in a historically well-defined time and place rather than in a mythical or legendary setting.

These lectures will be recorded and available for registrants upon request for 5 days after the event.