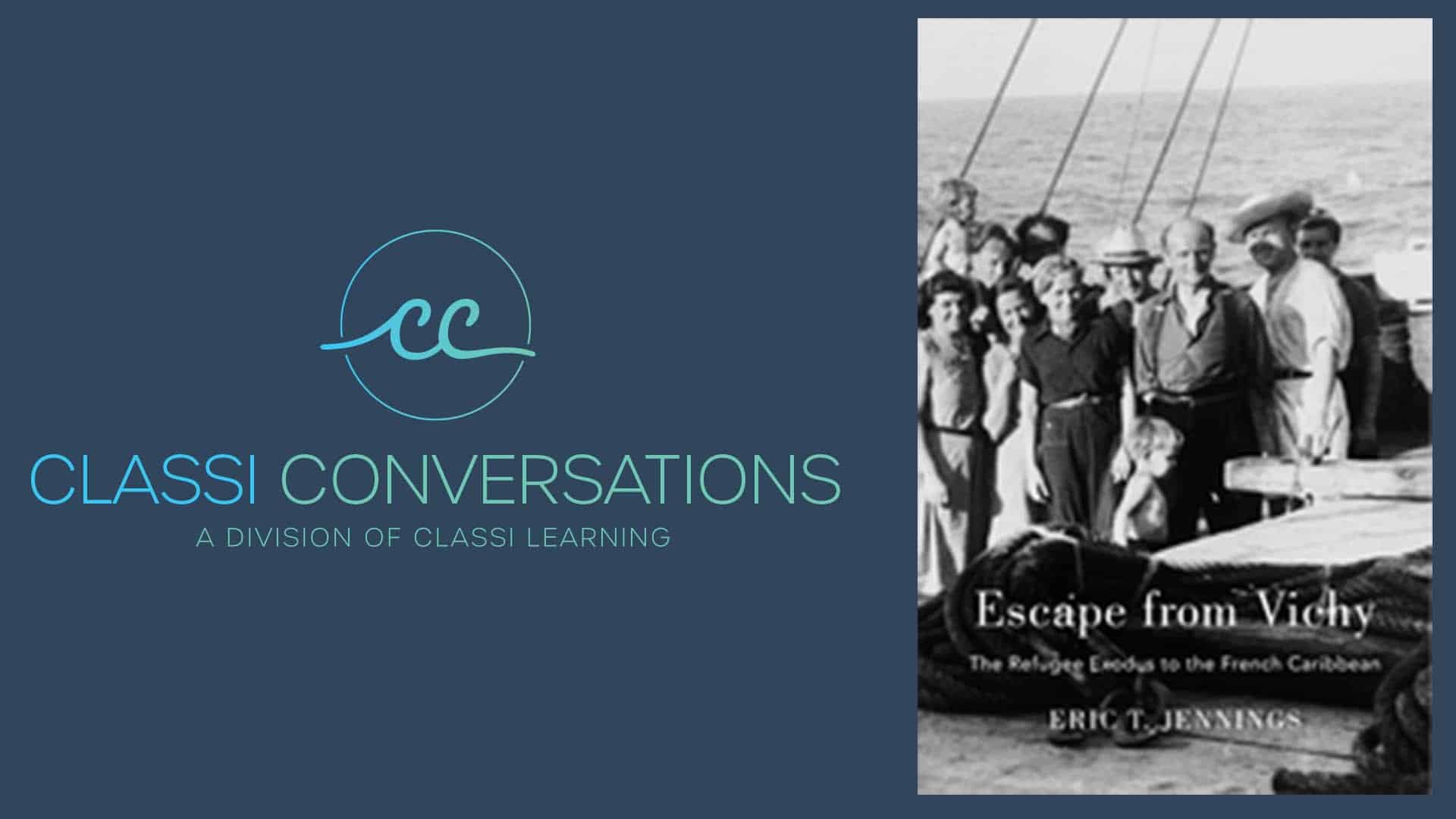 The story of the daring escape of Jewish refugees from Vichy France to the Caribbean. The origins of the Jewish Community in the Caribbean.

In the early years of World War II, thousands of political refugees traveled from France to Vichy-controlled Martinique in the French Caribbean, en route to what they hoped would be safer shores in North, Central, and South America. While awaiting transfer from the colony, the exiles formed influential ties—with one another and with local black dissidents. Escape from Vichy recounts this flight from the refugees’ perspectives, using novels, unpublished diaries, archives, memoirs, artwork, and other materials to explore the unlikely encounters that fueled an anti-fascist artistic and intellectual movement.

What began as expulsion became a kind of rescue, cut short by Washington’s fears that wolves might be posing in sheep’s clothing.