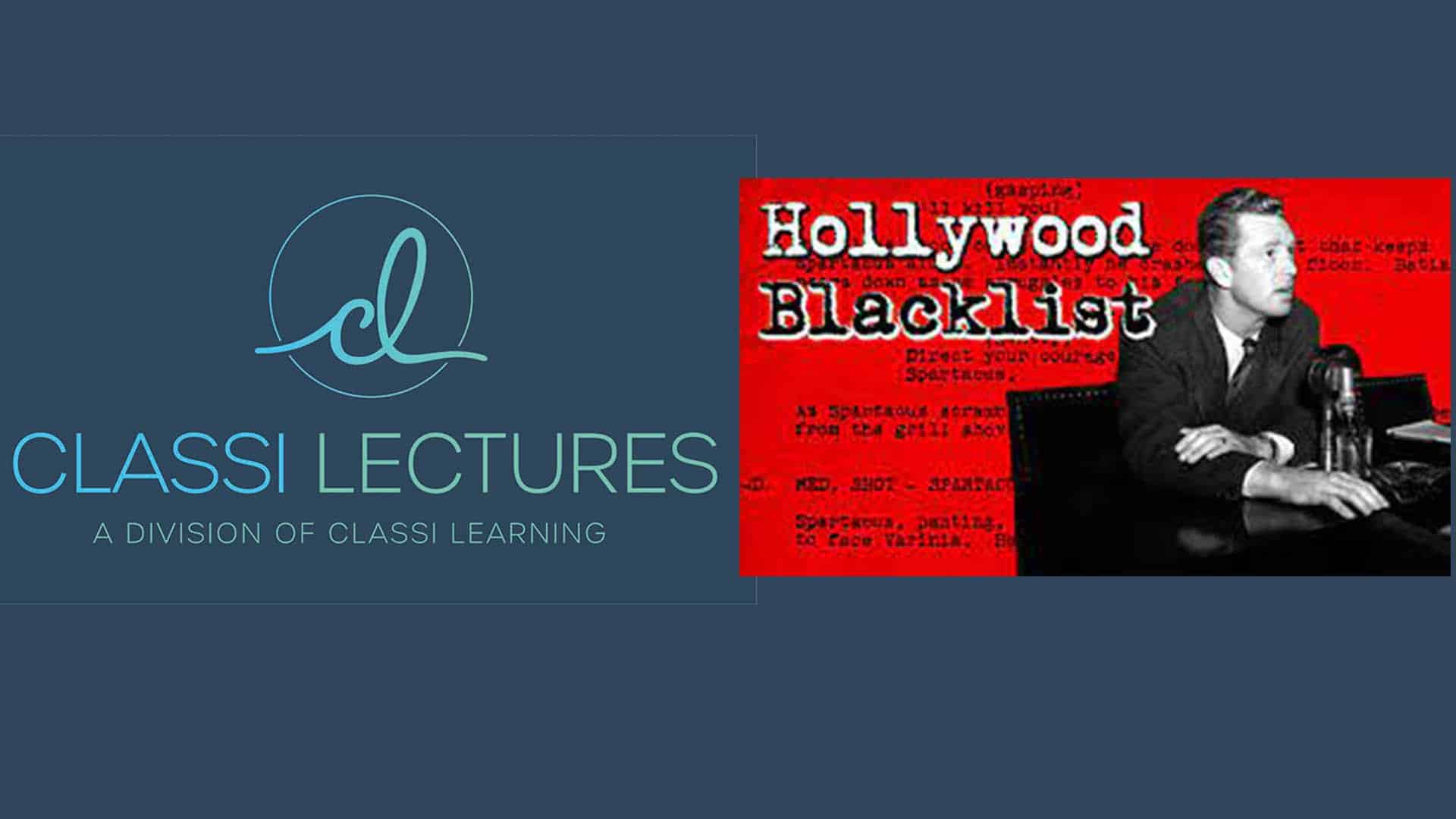 McCarthyism and Hollywood – the Dismantling of an Empire

The end of the era – the dismantling of the Hollywood studios, how McCarthy ruined the careers of many writers, actors, producers, etc. How the red scare was a way at getting at the Jewish moguls and their studios.