Motown in Detroit with Jordan Klapman 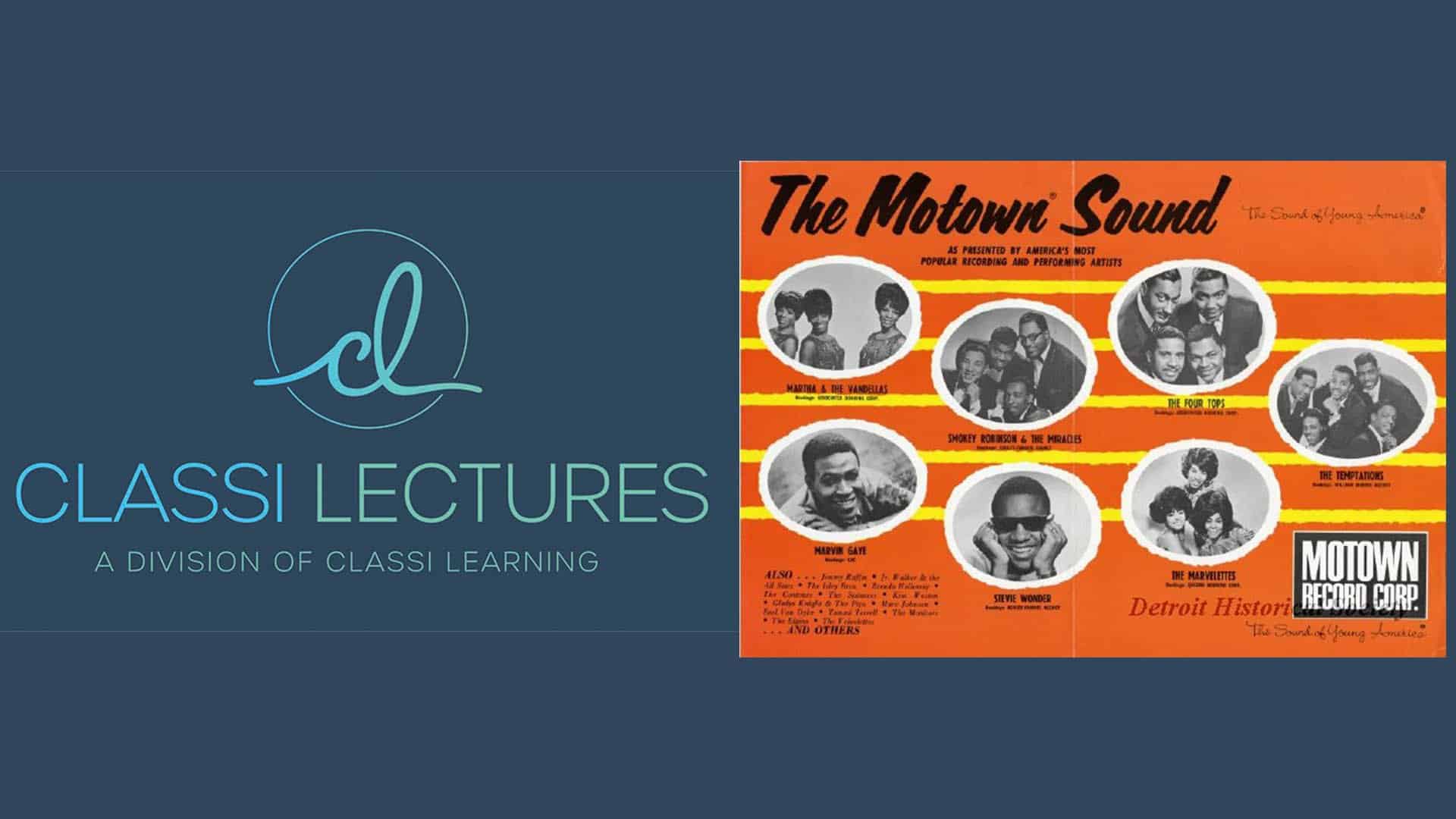 *Another Exclusive Lecture for Classi Members and Detroit Trip Registrants!

Detroit, Michigan is where Motown (named after Detroit’s automobiles, as an abbreviation of “Motor Town”) was born. The Motown record label was the creation of local Berry Gordy III and it went on to be one of the 20th century’s biggest success stories as the home of Marvin Gaye, Stevie Wonder, Diana Ross and Michael Jackson, amongst others.