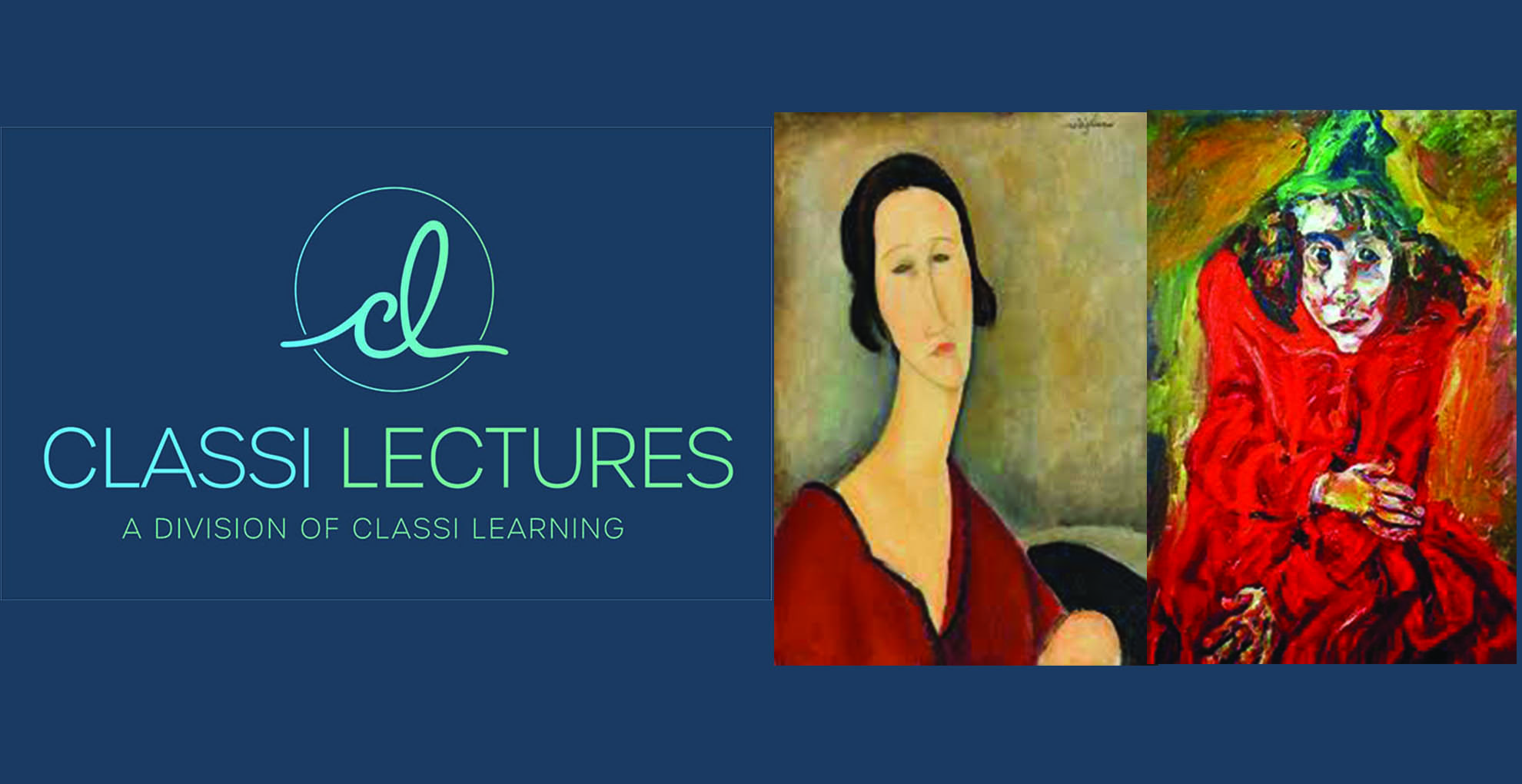 Amedeo Clemente Modigliani was an Italian Jewish painter and sculptor who worked mainly in France. He is known for portraits and nudes in a modern style characterized by a surreal elongation of faces, necks, and figures that were not received well during his lifetime, but later became much sought-after. Modigliani spent his youth in Italy, where he studied the art of antiquity and the Renaissance. In 1906, he moved to Paris, where he came into contact with such artists as Pablo Picasso and Constantin Brâncuși. By 1912 Modigliani was exhibiting highly stylized sculptures with Cubists of the Section d’Or group at the Salon d’Automne.

Chaim Soutine was a French-Russian painter who created expressive landscapes, still lifes, and portraits, with sweeping brushstrokes that distorted reality. The many hours he spent time studying the still-life paintings of Jean-Baptiste-Siméon Chardin and Rembrandt in the Louvre, led Soutine to create his well-known Carcass of Beef series. He attended the Vilna Academy of Fine Arts in Lithuania before emigrating to Paris, where studied under the academic painter Fernand Cormon at the École des Beaux-Arts. It was around this time that Soutine met Amedeo Modigliani, whose use of elongated forms to emphasis the psychological aspects of perception bonded the two artists and provided mutual inspiration.