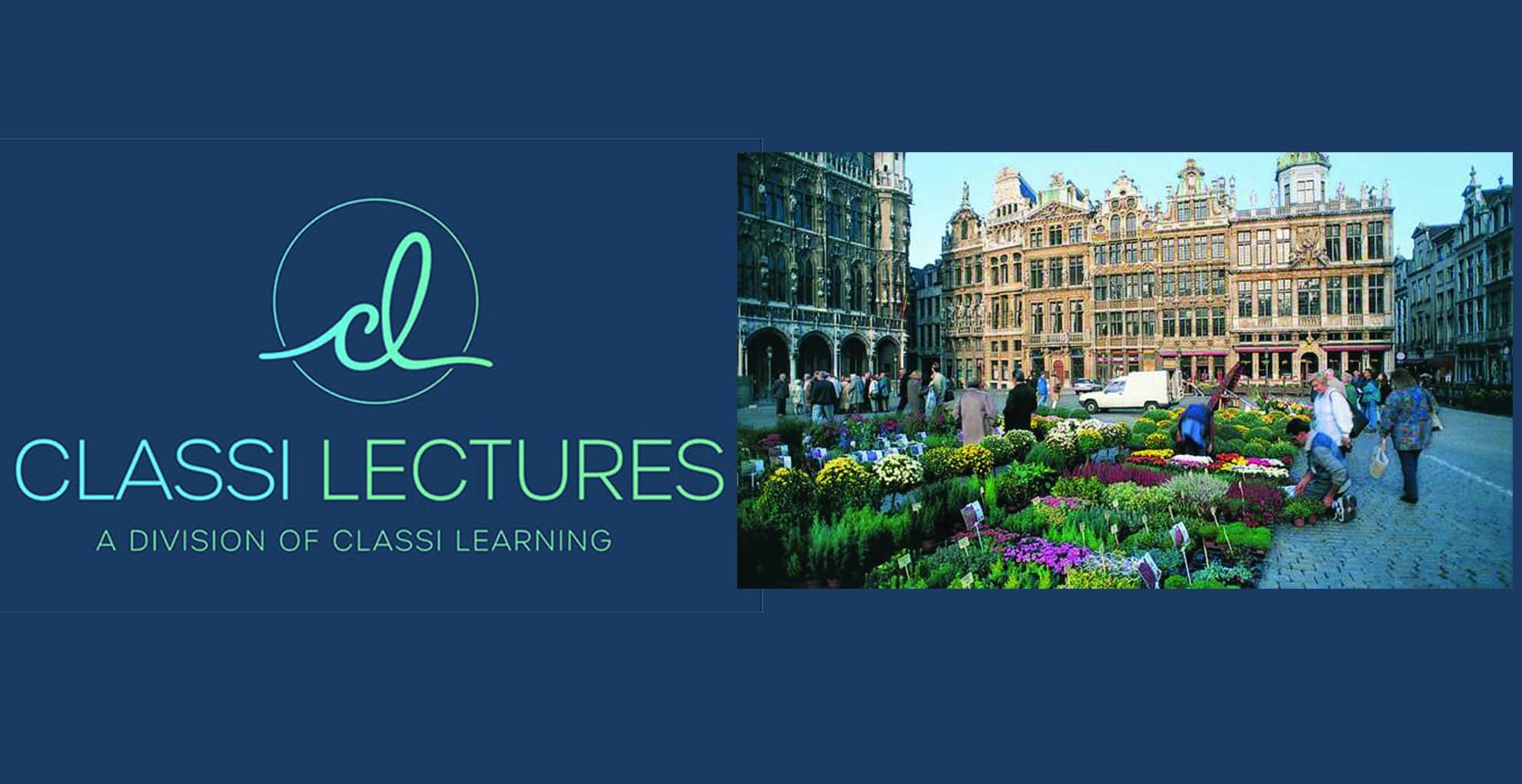 Visit Europe’s Glorious Cities: Art, Architecture, History as only Patrick can guide us and whet our appetite till we can go!

The two outstanding periods in Brussels’s cultural history were the late medieval flowering under the Burgundians (most of the town’s Gothic churches date from this era) and the late 19th to early 20th century, when Brussels was a centre of innovation in literature, theatre, architecture, and painting. The Art Nouveau architects Henry van de Velde and Victor Horta and the Surrealist painters Paul Delvaux and René Magritte were among the most influential figures of the latter period. Brussels in the early 21st century remains a cultural centre with a cosmopolitan feel.

Most of us can’t travel yet – so join Patrick Bade on a virtual tour of these 4 major cities in Europe known for their art and culture.