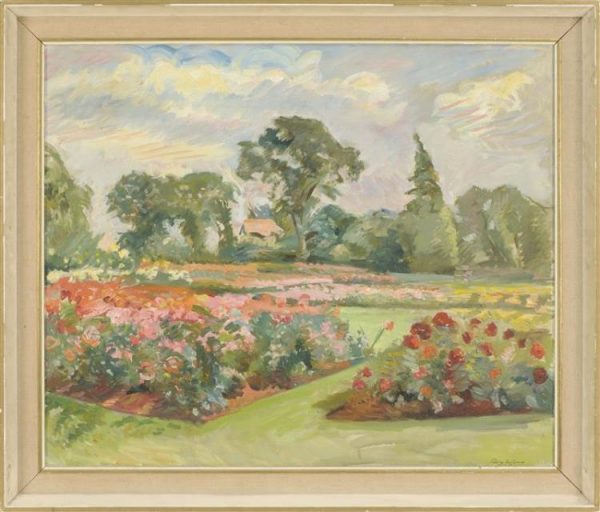 Phillip Kaufmann was a painter of landscapes, portraits and still life.  He was born in Vienna in 1888. His father, Isidor Kaufmann was internationally known as a painter of  19th century Jewish life. This gave Phillip a possible head start as he travelled extensively with him throughout Europe, learning the profession of painting from him.

Phillip completed his studies with Christian Griepenkeri at the Vienna Academy and also in Munich under Hermann Struck.  He also studied in Paris and visited  the Netherlands, Denmark and Sweden where he encountered influences ranging from the Flemish primitives to the French Impressionists. His technique was a modified Impressionism, a technique associated with Max Lieberman.

With the rise of the Nazis in Germany and Austria, he and his adored wife Kaethe, decided to emigrate to England in 1934, settling in St. John’s Wood.  There he mixed with the English aristocracy painting portraits  of many famous people. He exhibited at the Royal Academy Summer Exhibitions and elsewhere in London and abroad.    The National Portrait Gallery, Dudley Museum and Art Gallery and notable foreign collections hold examples of his work.