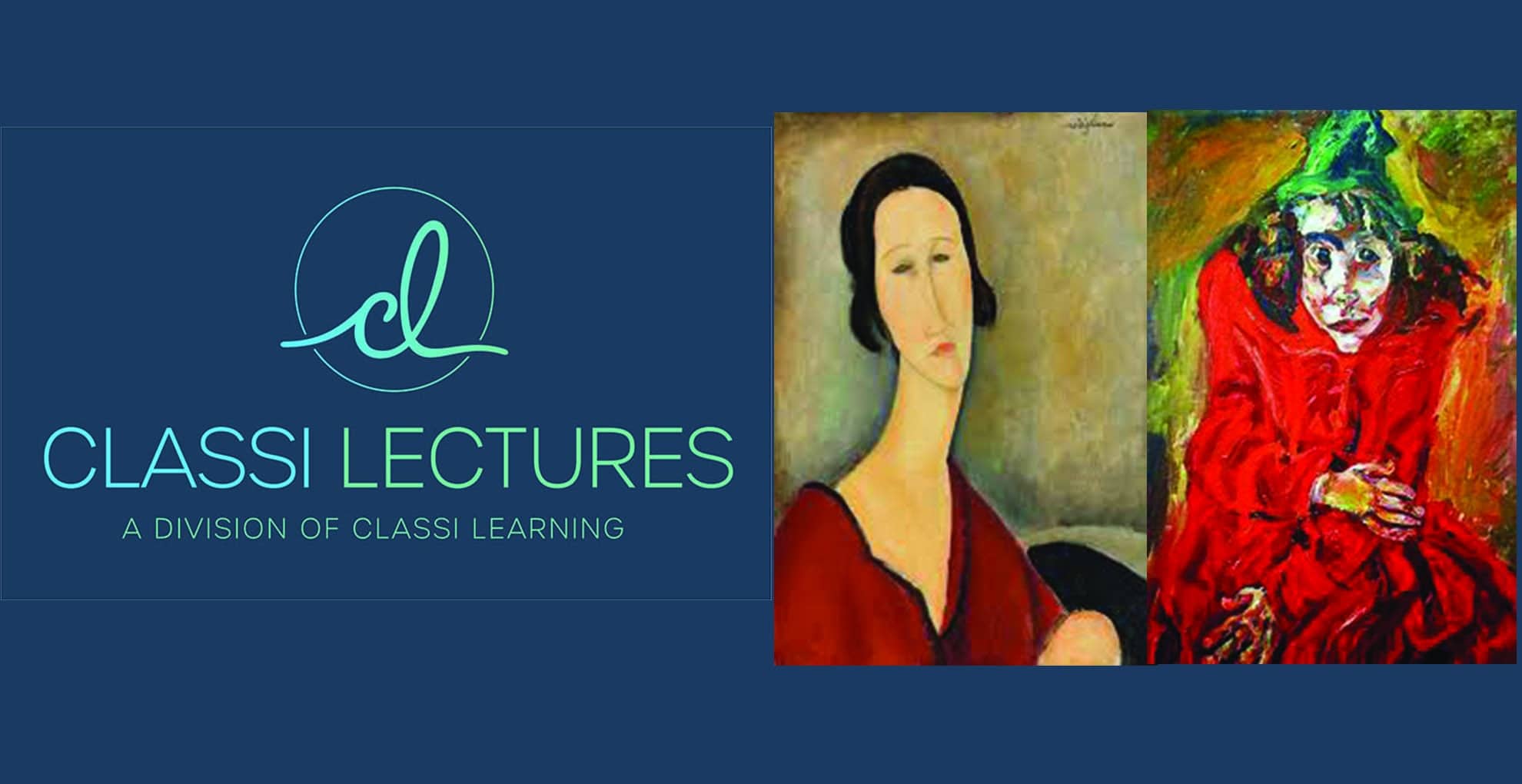 May 31: Modigliani & Soutine as Portraitists

A surprising friendship developed between these two artists from very different backgrounds. Join Patrick Bade as he explores their influence and styles

Amedeo Modigliani was the epitome of a tragic artist. Born to a bourgeois family in Italy. It was only after he discovered narcotics that he developed the philosophical belief that the only path to creativity was through defiance of social norms and disorder in life. He sketched furiously, sometimes drawing over 100 sketches in a day.

His favorite subject was by far the human form, painting the likenesses of other artists, such as Pablo Picasso, Diego Rivera, Max Jacob, and Juan Gris, who all sat for the artist.

Chaim Soutine is an Expressionist artist who lived and worked in Paris at the height of the modern era. As an expatriate Russian Jew living within Paris, Soutine interpreted common themes with the eye of an outsider, further enhancing his unique perspective regarding his human subjects, landscapes, and still lifes and lending them a particular vanitas and poignancy. Soutine’s temper and depression are both well documented and were poured into the paint he layered on the canvas.